It has been a long process to get to where our lab currently is today, and it was not a point we had anticipated stumbling into! Our lab began as a program looking to study an endosymbiont called spirovector, an organism which we were hoping to find in malaria carrying mosquitoes. But we did not find that much spirovector, what we found was a completely different organism (different Kingdom even!). What we found was microsporidia. We did not really know what microsporidia was, but we did know that it seemed to occur fairly commonly (about 10% of wild populations) and figured it may be an interesting side project. When we started to look further in depth to this organism, however, we realized we stumbled into an amazing thing.

We had started looking for this organism pretty regularly, and whenever we had mosquitoes which we knew had malaria, microsporidia was never there! We continued to look and look, until we finally decided that there must be something more to this experiment than just coincidence, and that’s when we started real experiments to see if our hunch was correct.

we are now hard at work trying to understand why it works, but if you are interested in what we know so far, please feel free to read our current published literature on the subject, as well as read up on what we are currently doing in the lab! 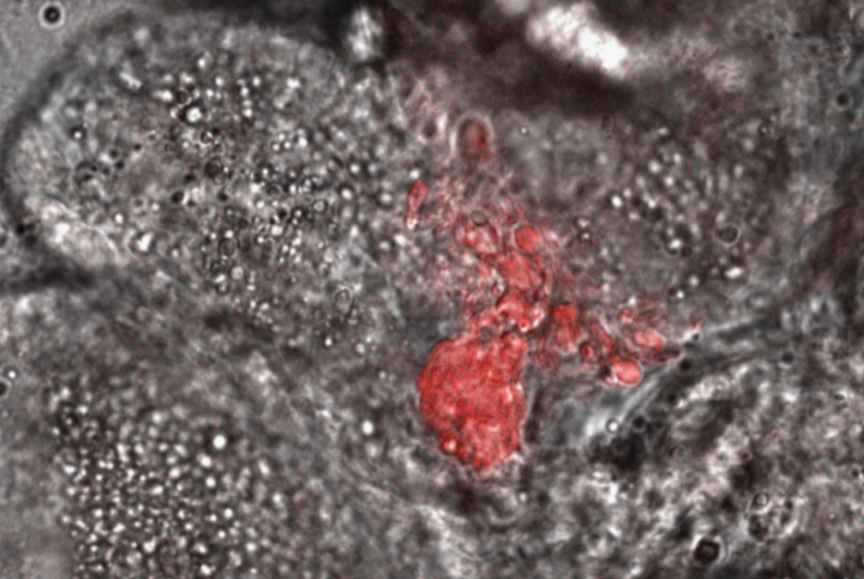