How to Figure Out How Microsporidia is Transmitted

We are nearing our goal of understanding how microsporidia can persist in the wild, which will allow us to start creating lab colonies.

Currently we are only able to propagate a strain of microsporidia down two generations, then it seems to disappear from the lineage. We are not entirely sure why this happens, however we think that the male mosquitoes are the culprit for why this happens as we think that the microsporidia is transmitted from the male to the female and then down the lineage. We think this is the case as we have found no indication of environmental influence on microsporidia, and that we have some preliminary results showing that male mosquitoes may transfer the microbe to females.

How to Figure Out Why Microsporidia Works

Microsporidia’s plasmodium blocking abilities are phenomenal, and while it is our top priority to figure out how it is propagated we want to know why it works also. We have a hunch that it has something to do with activating immune response genes, however it could also be due to secondary metabolites produced by the fungi itself (or a combination of these two theories). We are diligently working on figuring out how this fungi works, as it is necessary to understand every aspect of this organism if it is to be someday used at a large scale.

Other Projects: A Noninvasive Method to Trace Endosymbionts

Our visiting Fulbright student, Evan, is quite interested in trying to figure out how to identify endosymbionts without having to kill the host. Because currently we have to kill potential microsporidia carriers to identify if there is any microsporidia in the population which we have collected from the field, we are loosing on average 10% of all mosquitoes which we have collected. Because of this we are trying to figure out a way to see what is inside of the mosquito gut without having to rip open that gut.

The current idea proposed is to look at the excrement of the mosquito and extract the DNA found in it to see if we can detect endosymbionts. This method has already been shown to work for Wolbachia studies in Kissing Bugs, and probably could translate to microsporidia in mosquitoes. After all, there is only one way out of the gut, and everything has to go at some point!

We will start with seeing if we can identify Wolbachia in mosquito excrement, and then move on to other endosymbionts, starting with microsporidia. This process may be the best non-invasive way to screen insects for endosymbionts.

We also found this really cool mosquito near Kisumu , can you help us identify it? 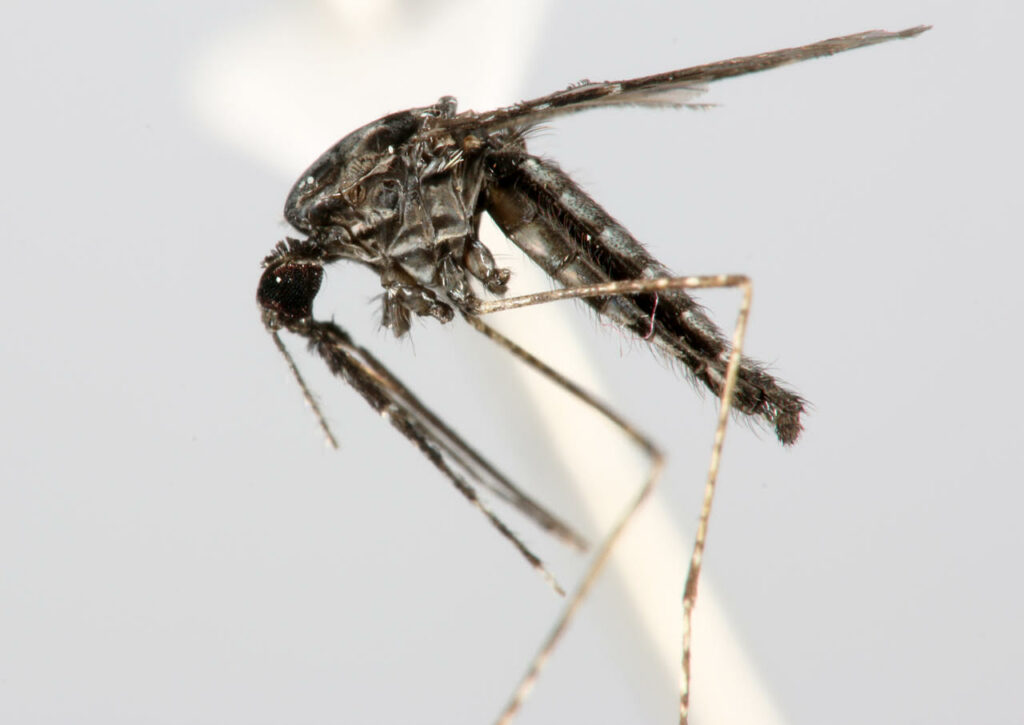