In 2014 Dr. Jeremy Herren founded the SymbioVector Lab at the International Center for Insect Physiology and Ecology in Nairobi, Kenya .

Symbiovector is more than a fancy scientific-sounding name for our lab, it’s literally what we do! SymbioVector is the combination of the two things that we study: endosymbiosis (the study of organisms living inside of other organisms), and vector-borne disease. Specifically, we are interested in endosymbionts that live within the malaria carrying mosquitoes.

We started out studying spiroplasma, an endosymbiont that is especially well studied in fruit flies. Our goal then was to see if it had a role in the body of the mosquito, however, no matter how many mosquitoes we extracted and sequenced the DNA of, we couldn’t really find much of it! While we looked through mosquito after mosquito, however, we kept running into a fungus which we couldn’t identify.

We would go on to identify this fungus as a member of the genus Microsporidia, an ancient lineage considered by many to be older than the kingdom Fungi itself. We decided that if this fungus was in over 5% of all the insects we were looking at, it probably is important–so we looked closer at it.

Microsporidia MB, the name of our newly discovered organism, was more than just common. Our fungi showed the amazing capability to block the uptake of the malaria parasite into the mosquito.

Our current research focuses on HOW and WHY; we want to know how Microsporidia MB is transmitted from generation to generation and also why it blocks malaria. Our team is working across four countries to try to solve this question, and hopefully, in the coming years, we will be able to find out how to fight this disease. 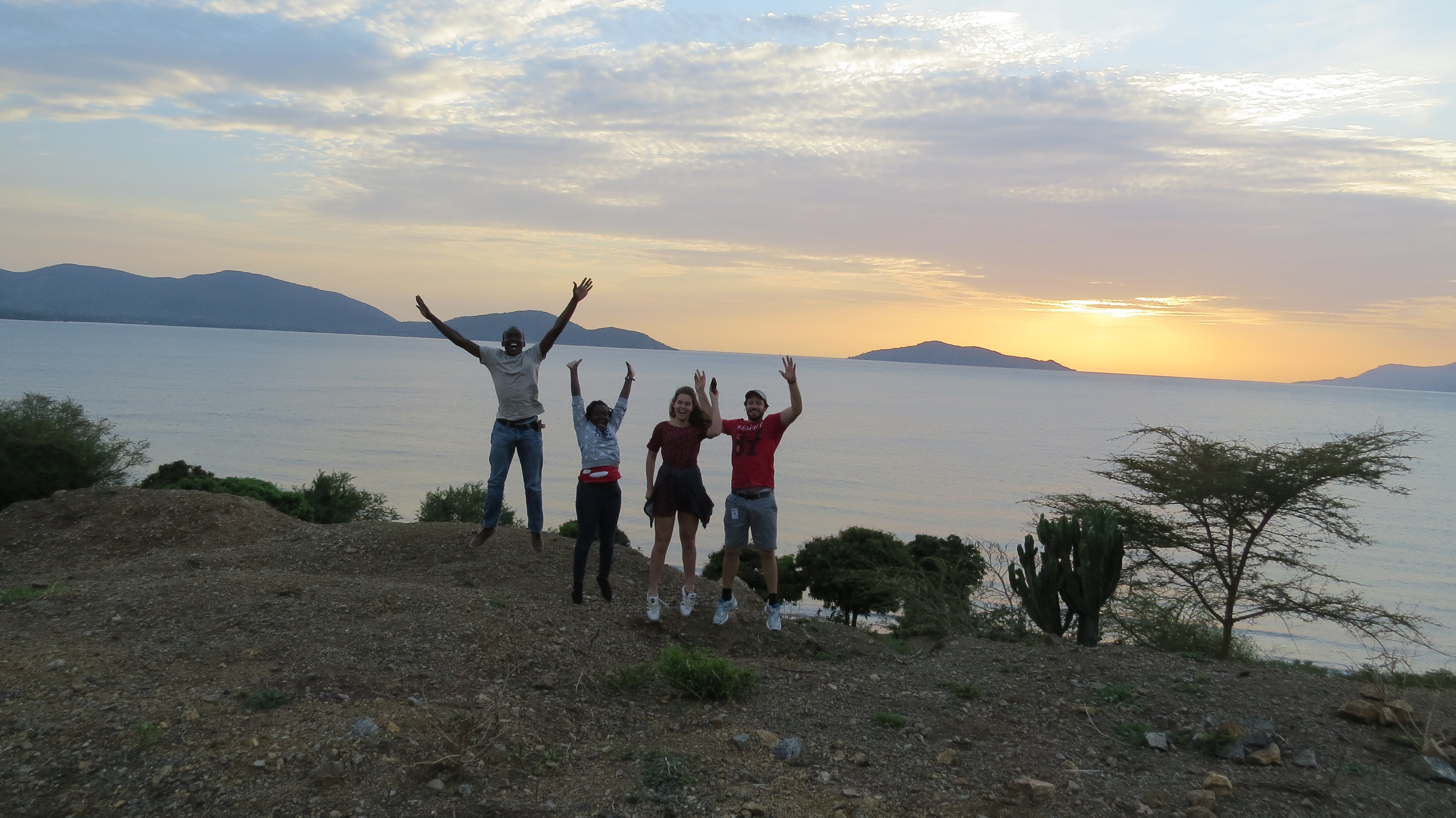 Since joining icipe in 2014, Jeremy Herren has been leading the development of a novel mosquito symbiont-based transmission blocking strategy for the sustainable control of malaria (SymbioVector Project). It is increasingly being appreciated that symbiotic microbes hold promise for blocking the transmission of malaria. These symbionts can be disseminated through insect populations and by virtue of their vertical transmission (mother to offspring) and present a more sustainable strategy for the control of vector-borne disease transmission than conventional methods. The SymbioVector team have established a pipeline for symbiont discovery and characterization, involving wild-caught mosquitoes having their microbes profiled prior to being challenged with Plasmodium-infected blood from infective donors. The team recently discovered a novel, vertically transmitted symbiont (Microsporidia MB) in Anopheles gambiae with a strong malaria transmission blocking phenotype (https://doi.org/10.1038/s41467-020-16121-y). The SymbioVector team are currently developing a strategy to use Microsporidia MB that involves increasing its population frequency in a stable manner, using affordable and scale-able dissemination methods.

Tullu is a medical entomologist interested in developing biological control agents for mosquito control such as entomopathogenic fungi and symbionts. Previously, she carried out her research at Wageningen University, The Netherlands and Institute Pasteur, France. This includes studying factors that can increase the efficacy and transmission of biological agents, how the biological agents interact with Plasmodium infection in the mosquitoes and testing the efficacy of agents under field conditions. She is currently overseeing the SymbioVector project at Mbita Campus of icipe, Kenya.

Dr. Thomas Ogao Onchuru is a postdoctoral fellow in the Symbiovector project under icipe’s Human health theme. Dr. Onchuru holds a PhD in Natural Sciences (Biology) from Johannes Gutenberg University of Mainz, Germany. His research interests are in the areas of mutualistic interactions between important insects and their native microorganisms. His ambition is to investigate the role of microbial symbionts in shaping insect diversity, ecology, and evolution, and explore their potential in controlling medically, veterinary, and agriculturally important insects. Currently, he is investigating transmission characteristics of Microsporidia MB, which we recently showed that it blocks transmission of malaria parasite by anopheles mosquitoes. Furthermore, he is interested in identifying the molecular mechanisms through which the symbiont inhibits transmission of the parasite.

Tracy completed her undergraduate degree in medical microbiology at JKUAT and is currently about to start her masters degree. She is currently working in a team that studies Microsporidia transmission routes aiming to increase the microbe prevalence rate in laboratory reared mosquitoes.

Anne is a master's student funded by Wellcome Trust. Her research goal is to investigate and elucidate mechanisms for disseminating the Plasmodium-inhibiting Microsporidia MB symbiont in Anopheles arabiensis.

PhD Student University of the Witwatersrand

PHD Student University of the Witwatersrand

Lilian is presently working on her PhD in Bioinformatics at the Research Unit in Bioinformatics (RUBi) in South Africa. Her project mainly aims to assemble a complete draft genome of Microsporidia MB. This will bring light to the intricate interactions between the microbe and its host.

Ian is a laboratory technologist, a graduate from Kenya Medical Training College. He is currently working on molecular diagnostics of microsporidia. When Ian is not in the lab, he inhales the world by participating in variety of outdoor activities channeling his active personality by boating, basketball and many more.

Charles' work has seen him gain a vast experience in mosquito rearing, Microscopy and morphological identification of different Species of mosquitoes. He is currently a field assistant to the team, and is the key community mobiliser during field work.

David is a research assistant working at the mosquito rearing facility (Arthropod containment level 1). He also works as a technician to the team assisting in field work, mosquito rearing and microscopy.

Evan is a visiting Fulbright Fellow from the US who studied microsporidia transmission and mechanism of malaria prevention through the microbe. He is currently studying at Tulane focusing on other neglected tropical diseases

Enock Mararo did his undergraduate degree in Biochemistry at JKUAT, Kenya and later interned at KEMRI where he developed a passion for vector control and infectious diseases. Later, he obtained a fully funded fellowship with the Wellcome Trust to undertake his Masters in Infection Biology at the University of Glasgow in 2016. During this time, he furthered his knowledge on host-pathogen interactions and the use of symbiotic bacteria (Wolbachia) in blocking viruses. Currently, he’s pursuing his PhD at the University of Edinburgh, aimed at dissecting differences in metabolism of Trypanosoma brucei and Trypanosoma congolense and their impact on the host innate immune system. Outside work, he plays squash and football, loves outdoor climbing and likes travelling and drawing.

Godfrey is a visiting fellow at KEMRI/CDC in Kisumu Kenya studying the association between insecticide resistance and Microsporidia MB.